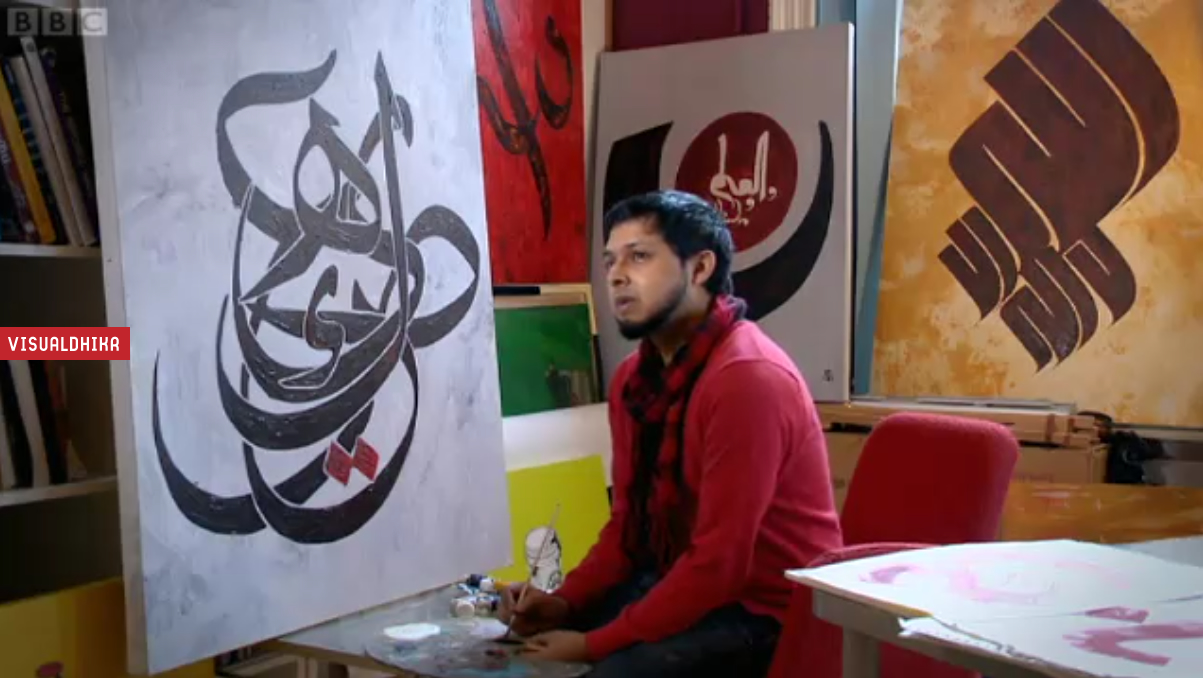 Ruh was interviewed and featured as a Muslim artist in the popular BBC documentary ‘The Hidden Art of Islam‘. The documentary also features Ruh’s ‘basmalah’ art piece in the intro sequence and cover. A portion featuring Ruh can be seen in the clip below around the 3:00 mark.

At the British Museum, a collection of artefacts from the Muslim world is on show, which tells the history of a journey to Mecca always forbidden to non-Muslims. It features a succession of examples of the rich visual language of Islamic culture past and present, artwork created to reflect the powerful experience for any Muslim making the Hajj pilgrimage to Islam’s most sacred city and its most sacred building, the Ka’aba. However, an art form not usually associated with Islam is also on show, a form many believe is prohibited by Islam – portraits, depictions of human figures and whole tableaux showing pilgrims performing the most important pillar of the Muslim faith.

In this documentary, Rageh Omaar sets out to find out that if human depiction is the source of such controversy, how is it that the art displayed here shows a tradition of figurative art at the heart of Islam for century after century? He explores what forms of art are acceptable for a Muslim – and why this artistic tradition has thrived – in the hidden art of the muslim world.